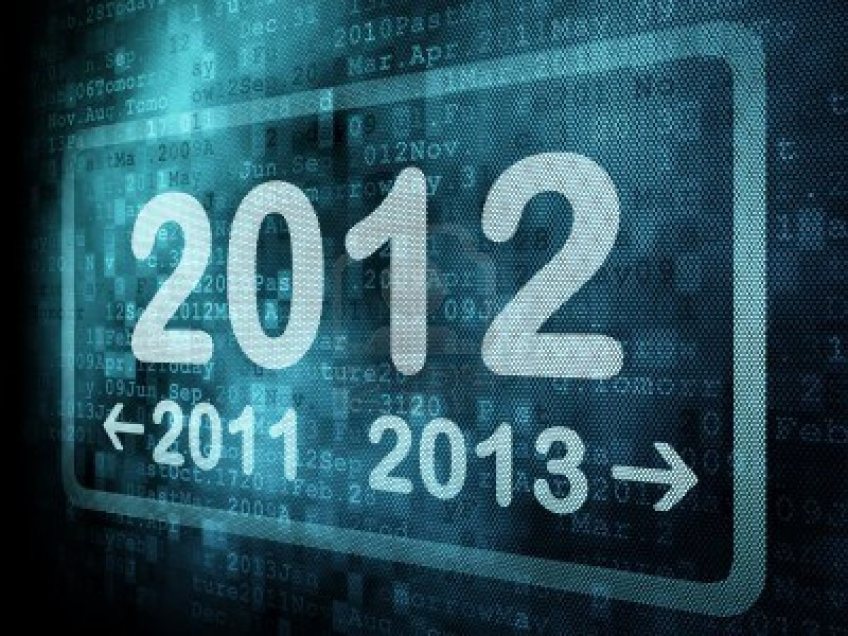 1. Sports is the Great Unifier:

In a year filled with great debate, due to the election, which arguably is the one the most competitive, tactical sparing sports we will ever behold, I witnessed quite a few spirited discussions at the dinner table with friends who had opposing political views. Facebook news feeds were nasty, doused in cynical rhetoric to denounce or support a political perspective. However, the one thing, regardless of political affiliation, where common ground seemed to be abundant, came on Sunday mornings, when everyone is rooting for the home town football team. From New York to Chicago and all the way to San Francisco all news feeds read the same way in these respective cities…Go Giants! Go Bears! Go 49ers!

Thanks God for football…otherwise this election season would have been unbearable!

This year I made a career change; at the beginning of the year I was a seasoned global call center operations executive. Now…twelve months later, I am responsible for leading all diversity strategies and initiatives for the same company. Only in the 21st century can a leader and former operations expert become a competent human resource leader and diversity practitioner so quickly.

Now don’t get me wrong, my new team was a tremendous help with getting my knowledge up to par, but the majority of my learning happened after hours at Google University. Never has knowledge been so accessible and so FREE! Go Google!

YouTube is effectively solidifying the Cultural Globalization Theory. Globalization isn’t just about Economics, it’s also about the cultural norms we’re beginning to share. We are slowly learning more about each other and thus becoming more connected!

This year, the first YouTube video to ever hit 1 billion views came from a dancing, Korean rapper touting the power of Asia’s population. This should make us all aware that just like America’s pop culture can influence the world, our Asian counterparts have the same capabilities.

After all 1 out of 6 people globally have seen it…you probably should at least take a peek so you know what they’re talking about.

Yesterday while walking through the mall I observed two young ladies in front of a mirror trying to get into the perfect position to take a picture of themselves. “Instagramming?”, I asked. They nodded yes; I reached out for the phone and took the picture for them. Instagram is the new Kodak. In 2011, people didn’t stop at random spots in a mall to take pictures. Our generation will be one of the most documented generations yet and 100’s of years from now sociologists will have more information about the 21st century then they can decipher. I wonder, what will they say about us?

What a year for this company! It’s been over 4 years since any phone manufacturer could touch the iPhone. Then along comes the Samsung Galaxy III, and when pitted against the iPhone 5, the match up looks a lot like Muhammad Ali versus Joe Frazier.

The winner, ALL OF US! Since these two technology manufacturers are duking it out, we benefit from their innovation. This innovation, will lead to better products for US!

Watch Samsung in 2013, as I believe they will have some great things in store!

In 2012, almost every wireless carrier invested heavily in taking their networks from 3G to 4G; this gave consumers faster data speeds.

So, what are you doing with all this speed?

Using it to get useful information much faster or just playing games?

Somewhere, someone is using these new capabilities to better communicate and compete, with you.

Are you getting better or being more bogged down with entertaining distractions? IJS

So, now that you’ve seen the impact that our current energy consumption habits are having on the planet, what are you’re plans to conserve energy?

Seriously, be thoughtful about this. We’ve tricked ourselves into thinking that global warming is about our grandchildren, but in truth it’s about them, later; and us, now.

Yesterday I took my car to the dealer for regularly scheduled maintenance and as a courtesy they gave me a 2013 loaner vehicle to drive. I was blown away by the new safety features in this brand new vehicle! It notified me when a car was in my blind spot; the car beeped when someone walked behind or in front of the car while at a light; the dashboard and entertainment console are now positioned where the diver can make changes to temperature or the radio while still keeping an eye on the road! So much innovation for our safety, yet we still had over 10,000,000 motor vehicle accidents this year.

In 2013, let’s be safer, don’t text and drive!
How’s that for an achievable New Year’s resolution!

As an African-American male, equality and diversity are extremely important to me. Here’s the deal…even though we’re making great advancements as a global society we still have a lot of work to do in the equality arena. As you all know, I travel quite a bit and often get treated better as a black male in other parts of the world than I do in my own country.

Shifting the conversation to the lovely women of the world, who are plagued with their own plight. This group is still largely misunderstood and underrepresented not only in the United States, but also abroad. In other parts of the world women lack a voice, presence and acknowledgement and aren’t afforded the slightest perceptions of equality.

Every one of us was brought into this world by a woman, but yet we still can’t figure out how to respect and treat women equally. This is beyond my comprehension!

2013 is here and we still can’t seem to understand that unity and harmony will only make our world better.

What will it take?

The gang rape and murder of the 23-year old Indian girl in New Delhi, India now has the world asking this question. Let’s help keep that conversation going proactively…

Tragedy should not have to happen for us to get serious about this conversation.

Have a Happy New Year and an enlightened 2013 my friends!